How Autumn affects Our Minds and Bodies

As the days get shorter and it gets darker earlier, our minds and bodies begin to acclimatise to the new season.

Here are some surprising facts about the onset of autumn:

Scientific studies have revealed how our brains work differently, depending on the season. In autumn, it was discovered that your memory actually becomes sharper, since the part of your brain that’s responsible for remembering things is firing off at a higher rate. You may even be able to concentrate better and be more productive overall.

You may sleep more than usual

Interesting fact: Out of all the months, October is the one where people sleep the most, by an average of an extra 2.7 hours a night. At least, that’s what Harvard researchers have found. When autumn kicks off, it’s normal for people to start hitting the snooze button more often than they did in the summer. It’s actually classifiable as a condition called hypersomnia, which is the opposite of insomnia. With shorter days and longer nights, our routine changes, so our bodies need all the rest they can get.

However, the quality of this long slumber isn’t something to be excited about. Because our eyes are being hit with less ultraviolet rays during the day, our sleep patterns are disrupted for the worse. As a result, we may be sleeping for longer hours, but we may wake up still feeling pretty sluggish in the morning.

So instead of hitting that snooze button – aim to go to bed at least 30 minutes earlier instead. 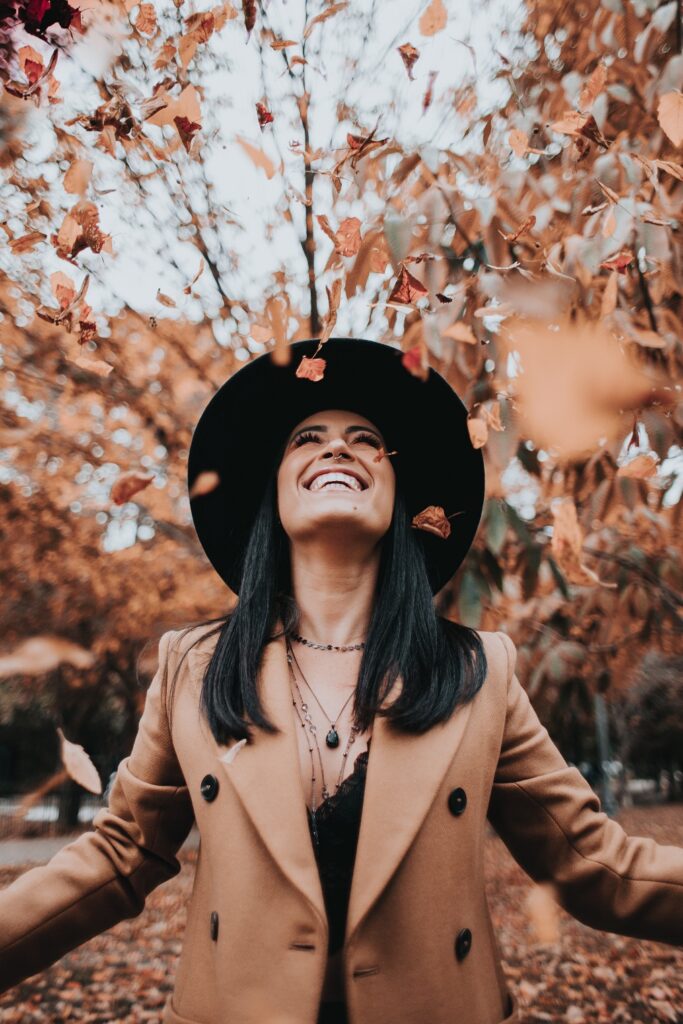 Your anxiety levels may increase

For anyone who struggles with anxiety, autumn can be particularly difficult. Experts say that just about anyone can be affected by this particular seasonal change, because it comes with a whole lot of transition that makes you feel slightly out of control. For example, children are returning to school after the summer holidays and Christmas is around the corner. This can potentially throw off the way your neurological system functions.

Autumn anxiety can sometimes be interchangeable with seasonal affective disorder (SAD), a depression or anxiety that occurs in colder months, partly due to the reduced sunlight we encounter.

You may become dehydrated

When the weather cools we often forget to drink as much water as we might in the summer months and we drink warmer and dehydrating beverages like tea and coffee. Set yourself reminders with on your phone or on a piece of paper to remind you to drink water throughout the day.

As the new season comes in, enjoy the autumn leaves turning golden, wrapping up warm and going for a walk in the sunshine on a frosty morning.

12 Tips For A Harmonious Family Christmas

12 Stages of Burn Out

This website uses cookies to improve your experience while you navigate through the website. Out of these, the cookies that are categorized as necessary are stored on your browser as they are essential for the working of basic functionalities of the website. We also use third-party cookies that help us analyze and understand how you use this website. These cookies will be stored in your browser only with your consent. You also have the option to opt-out of these cookies. But opting out of some of these cookies may affect your browsing experience.
Necessary Always Enabled
Necessary cookies are absolutely essential for the website to function properly. This category only includes cookies that ensures basic functionalities and security features of the website. These cookies do not store any personal information.
Non-necessary
Any cookies that may not be particularly necessary for the website to function and is used specifically to collect user personal data via analytics, ads, other embedded contents are termed as non-necessary cookies. It is mandatory to procure user consent prior to running these cookies on your website.
SAVE & ACCEPT