4 Ways to Break Your Addiction to Negative Thinking

It was found that the average person has about 12,000 to 60,000 thoughts per day. Surprisingly, 80% were negative and 95% were exactly the same thoughts as the day before.

Our tendency to overly concern bad things and ignore good things is likely a result of evolution. Earlier in human history, being alert of dangerous, and negative threats in the world was truly a matter of life and death.

Those who were more adapted to danger and aware of the bad things around them were more likely to survive.

This psychological phenomenon explains why bad first impressions can be so difficult to overcome and why past traumas can have such long lingering effects. 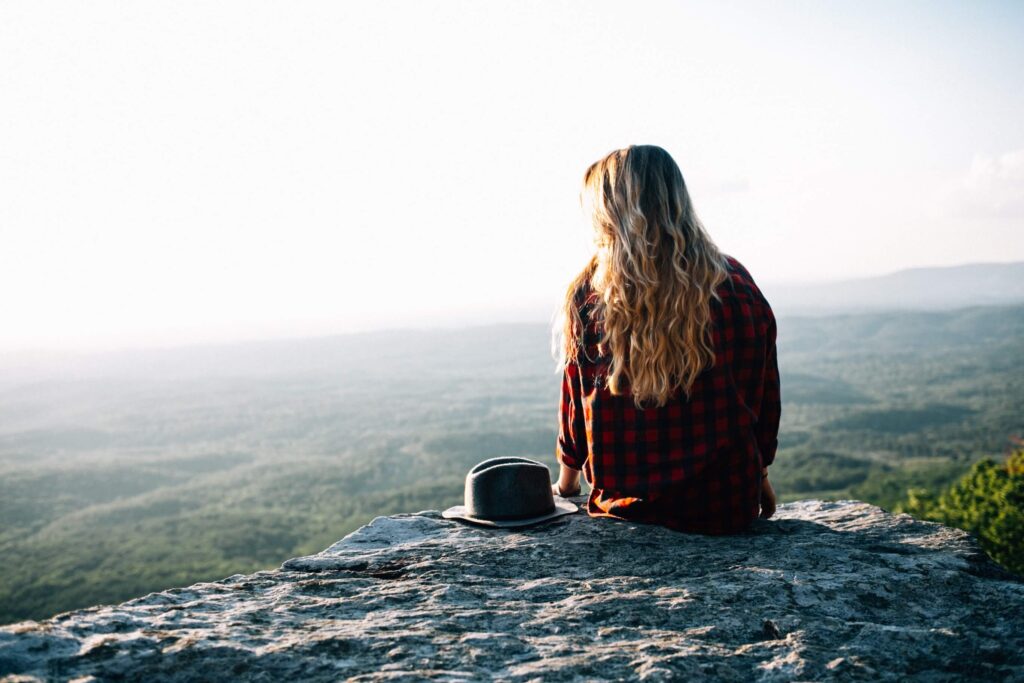 Scientists conducted a study showing how words provide evidence to how people think and process emotions. In this study, they asked people to list the names of as many emotions unconsciously. These words were then categorized as negative, positive, or neutral.

They discovered that people know significantly more words to describe negative emotions than words to describe positive or neutral emotions. Of all the words participants listed, 50 percent were negative, 30 percent positive, and 20 percent were neutral. And this observation held true across age groups and cultures, suggesting that this a human tendency shared cross-culturally.

Not only that we are we all inclined to think negatively, we also involve more profoundly with these emotions. That’s because positive emotions tell us that everything is fine, so there is no need to think about them.

However, negative emotions indicate something is wrong, so we need to pay more attention, time and energy dealing with these feelings.

Your thoughts are connected to your behaviors as well

Choosing thoughts contributes to your experiences because of the consequences associated with those thoughts.

When you choose your thoughts, you also choose the physiological events that linked to those thoughts due to the body-mind connection. 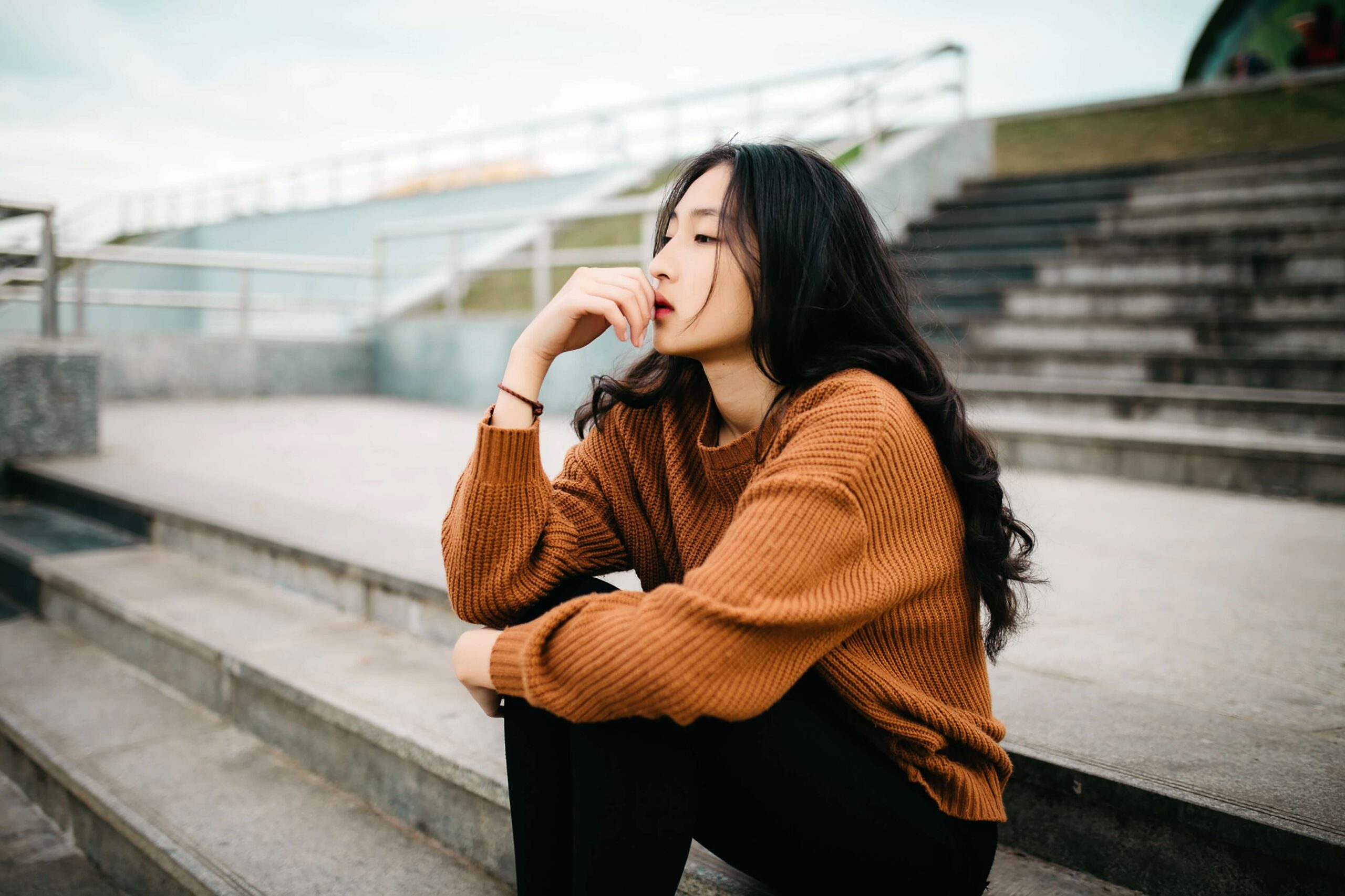 For example, imagine biting into a crisp, salty, and crunchy chicken tender. Smell the ketchup and seasoning. Hear the snap of the first bite, taste the explosion of those flavors in your mouth. What happens? I bet you begin to salivate, which means, you experience a physiological change in your mouth.

There’s a very powerful connection at work here. Your physiology determines your energy and activity level. If your internal dialogue is negative, then the action will be negative. Your depressed thoughts suppress energy and action. Your body will conform to that central nervous system. You are mentally, behaviorally, and physiologically programming yourself to go through life in a vicious cycle.

You may be with ten different people in a day but you’re with yourself all day, 24/7. You talk and program yourself more than everybody else in your life combined. Some people have tapes that just play over and over in their heads like a continuous loop.

In their famous work, Nobel Prize-winning researchers Kahneman and Tversky found that when making decisions, people consistently place greater weight on negative aspects of an event than they do on positive ones, even when the two possibilities are equivalent.

For instance, people have a stronger negative reaction to losing £20 than the positive feelings they have from gaining £20.

If your internal conversation is full of negative self-talk, it is no wonder why your performance is poor and your life is miserable. Some typical negative statements include: 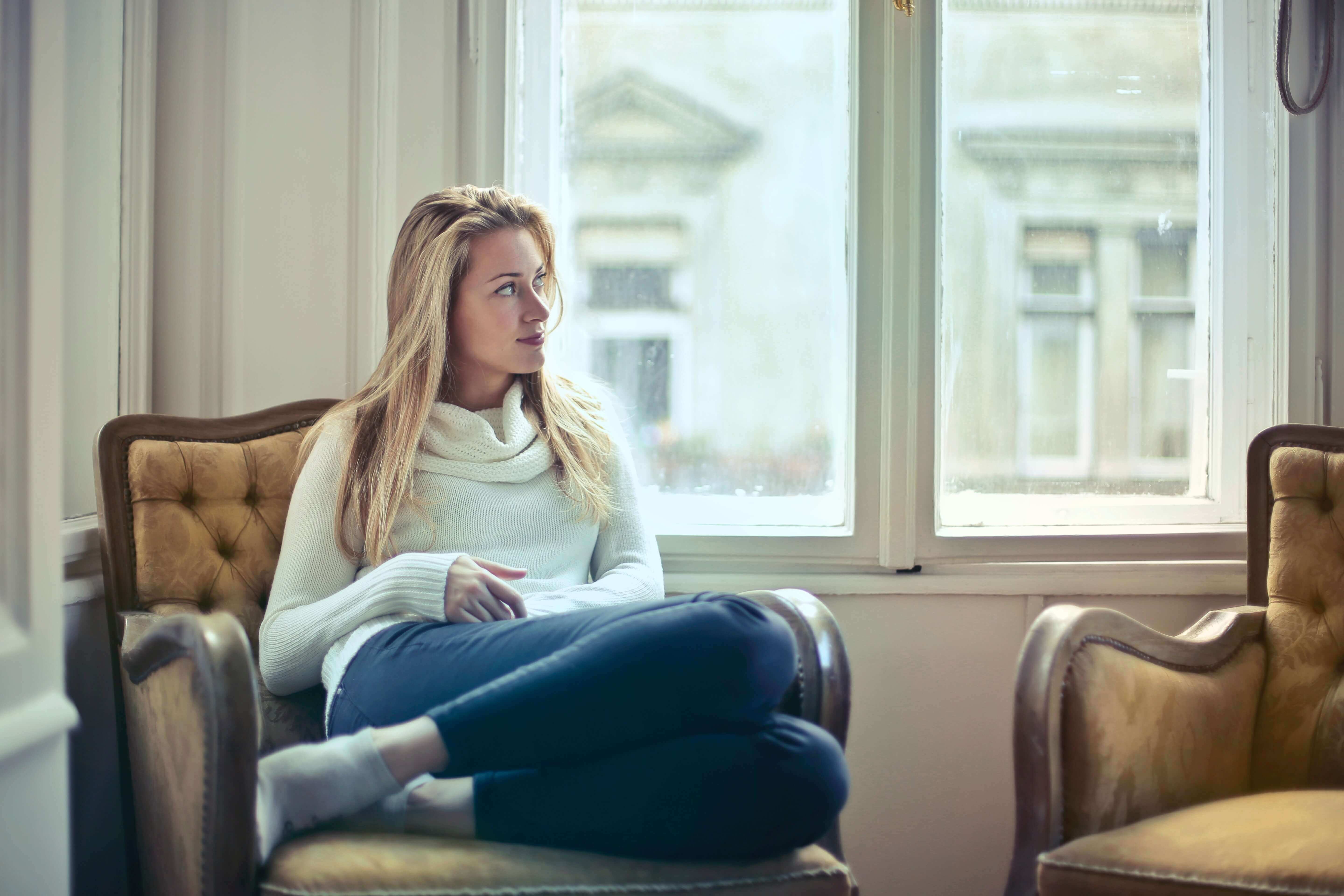 Negative thoughts can be addictive

A lot of people want to be positive but it’s so hard, isn’t it?

Maybe you have been negative for so long that your brain just automatically goes towards the negative side. You want to be positive, you want to be happy but for some reason, most days you just find yourself in mystery, slipping into negativity.

You may wonder how am I chemically addicted to a thought?

Once you have a thought that sends an electrical signal from one place to another in your brain at its simplest form. That’s neural signals send something called a neuropeptide (compounds which act as neurotransmitters) down to your body which induces hormone release.

When you think about a really stressful thing, your brain receives that signal, your neuropeptide sends signals down to the adrenal glands – triangle-shaped organs at the top of your kidneys to create the hormones cortisol (stress hormone). 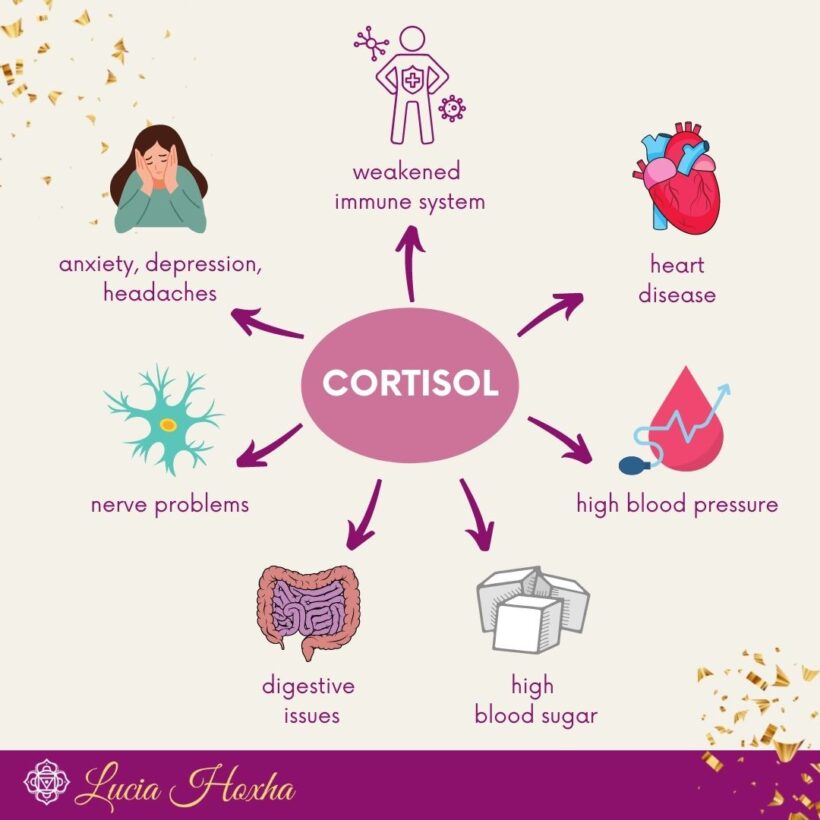 If you have thoughts every single day that causes your body to release stress hormones all year long. Guess what? You’re going to become chemically addicted to cortisol which means that your body is going to force the brain to think negatively so that they can get that hit.

Cortisol is a chemical in your brain that tends to flow more freely and spurs negative thoughts. Your brain loves cortisol. Known as an alarm system, your brain releases the chemical cortisol as a way to warn you about imminent danger. It can be very useful in very few occasions throughout our live, but in our daily life, it is causing continuous damage.

Have you been thinking negatively for 2, 3, 5, 10 years? And now you’re trying to break this thought pattern but you can’t stop going down that route of negativity. Why? Because your body wants you to actually do it as it’s used to those chemicals.

I can tell you that I learned this the hard way. Few years ago, I remember listening to a podcast. The guy in the podcast was talking to a psychologist and he said he felt like he was addicted to stress and he started explaining it.

And I talked to myself “Am I addicted to stress?” I worked really well under pressure. I started realizing sometimes I stressed myself out to meet expectations.

I had to consciously calm myself down in the middle of the day knowing that I have created thought patterns stressing me out.

Unconsciously, I continuously searched for opportunities to stress me out because that’s what my body has been used to for a long time. 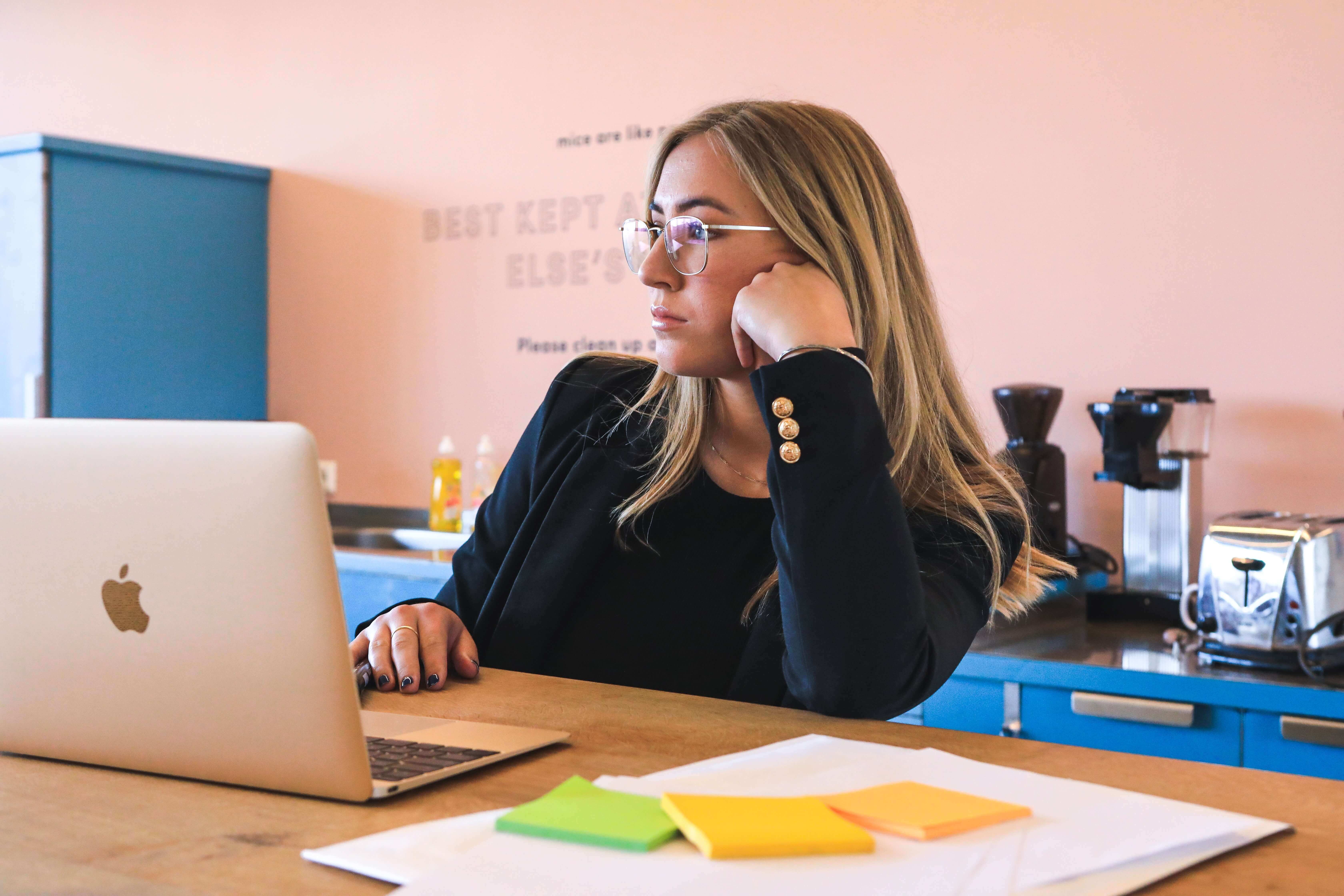 Positive thoughts can’t save you

How to flip that and become unaddicted to negative thinking? It’s actually simple, but it’s easier said than done.

It can be hard to become self-aware of negative thoughts. You need to be extremely intentional every single day from the start of your morning.

The dirty water represents the negative thoughts you say to yourselves: I’m fat, I’m not good enough to be hanging out with people, you fail a test and think you’re stupid you. There’s tons of dirt in your mind.

When I pour a big huge glass of clean water into the bowl and said “okay I’m going to think positive”. The water is still dirty which explains why positive thinking doesn’t work.

The key thing is negative thoughts should be removed out of your mind. 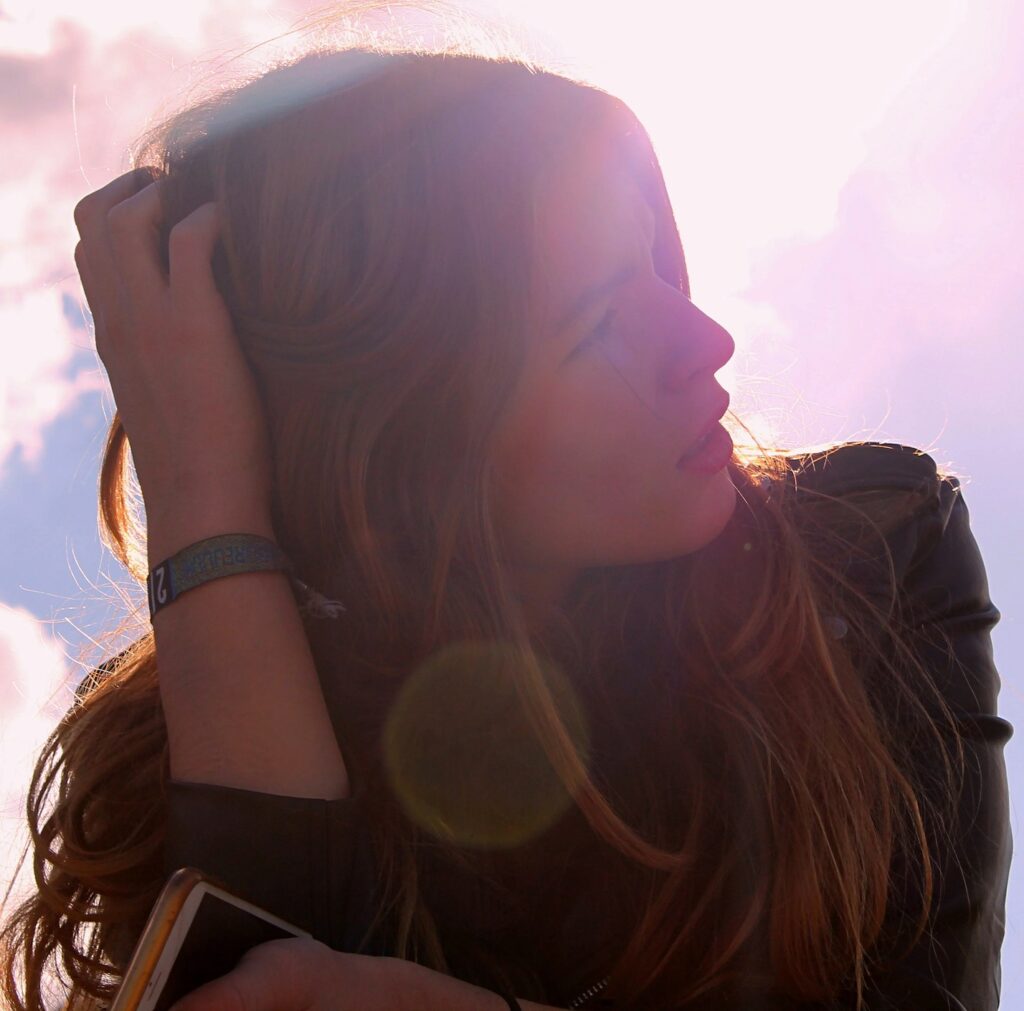 How to become a positive person?

If you don’t feel good, you can’t create the life that you want

You need to be very intentional. As you wake up every day, think about how do you force yourself to think positively. You’re going to look yourself in the mirror and say “I love you, you are amazing” for 10 minutes straight to positively brainwash yourself into feeling good.

Instead of fixating on past mistakes that cannot be changed, consider what you have learned and how you might apply that in the future. Create the new story being victory over your past that will serve and empower you!

Just because you are positive in the morning doesn’t mean it lasts all day long so you’ve got to catch the negative thoughts as soon as possible. You need to become very self-aware of when you start to go down that negative spiral.

Three minutes down the road, you’ve gone through this massive storm of just thinking negative to yourself and now you just feel like you’ve been covered in crap and you don’t feel good. You don’t want to do anything. It all starts with a negative thought and things begin to spiral down.

When you find yourself ruminating on things, look for an uplifting activity to pull yourself out of this negative mindset. You should consciously redirect your attention elsewhere and engage in an activity that brings you joy. Great way is to start with gratitude for all that you already have in your life!

Listening to upbeat music, going for a walk, or reading a great book are all ways to get your mind off negative thoughts.

As negative things might be quickly shifted and stored in your long term memory, you need to make more effort to get the same result from happy moments.

So when something great happens, take a moment to really concentrate on it. Celebrate it with lots of emotion – dance, jump, share with friends and your loved ones! Replay the moment several times in your memory and enjoy the wonderful feelings the memory evokes.

Over time, your memory will store more happy moments than sorrow. 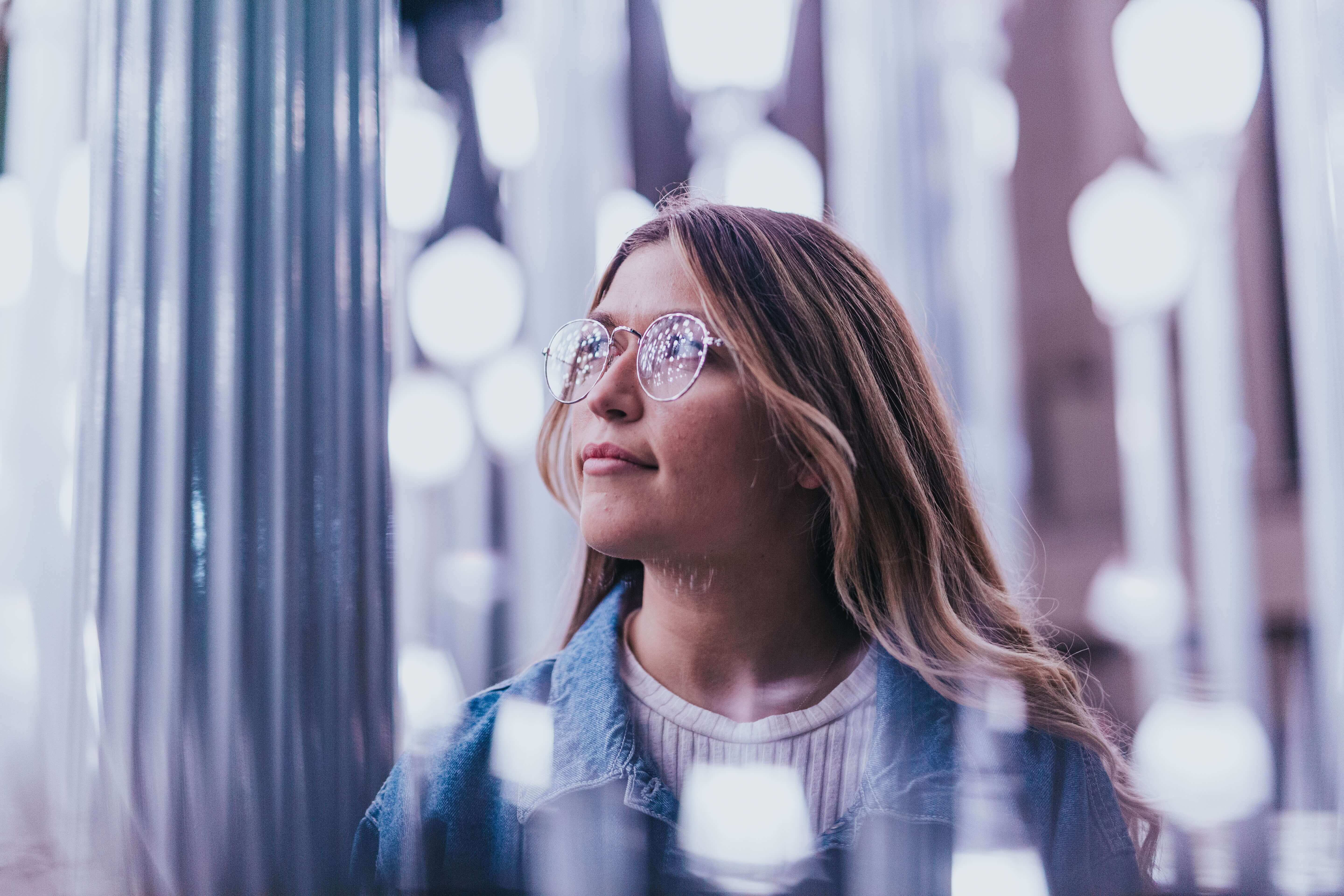 The key is to become extremely self-aware as negativity starts. Analyse the causes of that negativity: maybe it’s from somebody in your life, maybe it’s a phone call from your boss, maybe it’s a spouse that you need to get a divorce.

Notice what send you off that path of negativity and get rid of it as soon as possible and replace that one negative thought with three positive thoughts.

If you tend to have a negative vision, don’t expect to become an optimist overnight. But with practice, eventually, your self-talk will contain less self-criticism and more self-acceptance. You may also become less critical of the world around you.

When your state of mind is generally optimistic, you’re better able to handle everyday stress in a more constructive way. That ability may contribute to the widely observed health benefits of positive thinking.

00Pregnancy Loss: Processing the Pain of MiscarriageWhat You Tell Yourself Matters!

12 Tips For A Harmonious Family Christmas

12 Stages of Burn Out

This website uses cookies to improve your experience while you navigate through the website. Out of these, the cookies that are categorized as necessary are stored on your browser as they are essential for the working of basic functionalities of the website. We also use third-party cookies that help us analyze and understand how you use this website. These cookies will be stored in your browser only with your consent. You also have the option to opt-out of these cookies. But opting out of some of these cookies may affect your browsing experience.
Necessary Always Enabled
Necessary cookies are absolutely essential for the website to function properly. This category only includes cookies that ensures basic functionalities and security features of the website. These cookies do not store any personal information.
Non-necessary
Any cookies that may not be particularly necessary for the website to function and is used specifically to collect user personal data via analytics, ads, other embedded contents are termed as non-necessary cookies. It is mandatory to procure user consent prior to running these cookies on your website.
SAVE & ACCEPT